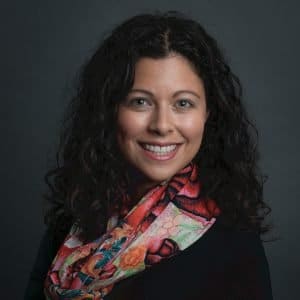 Post-graduation, Dr. Mel entered a Masters of Acupuncture and Oriental Medicine program as well as a Masters in Ayurvedic Medicine. She received training in Medical Aesthetics from the National Laser Institute and became certified as a Wahls Protocol Health Professional (The only certified provider in AZ). Dr. Mel completed the post-graduate certification as a Swiss Biological Medicine Provider from the Swiss Biological Medicine organization. Her training at Swiss Biomed concluded with a one-on-one internship with Dr. Thomas Rau in Switzerland. While in Europe, Dr. Mel received training in the use of the Weber Endolaser for intraarticular/ intravenous/ interstitial/topical applications directly from the inventor, and founder of ISLA, Dr. Michael Weber. In addition, Dr. Mel studied PRGF-Endoret therapies at the Biotechnology Institute (BTI) in Bilbao, Spain, where PRGF was developed and patented by Dr. Eduardo Anitua, who was the founder of BTI.

Dr. Mel received additional training in PRP at the National Institute of Medical Aesthetics and became certified in all Vampire Therapies. She recently completed the Integrative Cancer Therapy Fellowship from the American Academy of Anti-aging Medicine (A4M). She is currently completing the A4M Stem Cell Therapy Fellowship and Peptide Therapy Certification.

Lastly, Dr. Mel has personal experience with her own health concerns, in that she has treated herself, which has resulted in the elimination of all medications. Today, Dr. Mel is able to mountain bike, hike and travel the world in pursuit of her passion for learning the latest innovations in medical theory and clinical practice, and mineral and fossil collecting.

We will do our best to accommodate your busy schedule. Request an appointment today!

Leave us a review

Take a moment to review us online. Your reviews help others learn about our business. We truly appreciate them!

Listen to an overview about Pellet Therapy by Gino Tutera M.D.

Please sign up below to get your free audio recording of Gino Tutera M.D. discussing pellet therapy.

Call Us Text Us